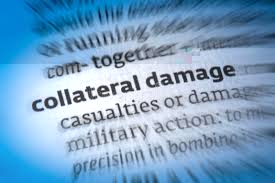 At midnight on 19 March 2020, New Zealand closed its border to all non-residents in response to the Covid19 global pandemic. Our country’s response to the pandemic was very decisive and quite abrupt. Any people located offshore became suddenly unable to enter New Zealand, except for citizens and resident visa holders.

Since the border’s closure, the Government has gradually made steps to allow some people into the country. The most critical step in this direction was the provision of extraordinary, ad hoc power given to the Government and the Ministry of Immigration with the Immigration (COVID-19 Response) Amendment Bill. These powers allow the Ministry to impose or vary visa conditions on some groups of people through special directions and are at the basis of most of the changes we have witnessed since March 2020 in the immigration system.

Because of this power, the Ministry has been gradually introducing regulations that allow specific categories of people into the country. However, the categories are not numerous, their requirements strict, and the travel exceptions application processes lack any flexibility. The applications are, in fact, swiftly processed and standardised and do not leave much room for an overall and thorough assessment of the applicants’ circumstances. Most importantly, the Covid19 Team decisions on travel exceptions are unappealable, deriving from a highly discretional, as such unconditional and indisputable, power of the Minister of Immigration.

As a result, the travel exceptions’ system still leaves many deserving people unable to return to the country they consider their home.

We acknowledge that the border’s restrictions have been put in place to respond to a worldwide health emergency and in New Zealand’s interest. We also appreciate the Government’s courage and firmness in its resolution to keep Covid19 out of our boundaries.

Moreover, we understand that the response to the current health crisis is temporary and can be effective only if efficient and swift, therefore inevitably involving the sacrifice of some just process’ principles.

Even so, New Zealand cannot turn a blind eye to the needs of people living in New Zealand for years and contributing to society through their work and participation in the community.

We refer to temporary visa holders who have been studying, living and working in New Zealand for years, even without obtaining permanent immigration status. These people’s home, social network and belonging were in New Zealand when they found themselves unable to return, and some of them are still stranded offshore.

Other victims of the border’s closure are onshore migrants whose partners and children were overseas when the border was closed, resulting in them not having re-joined their families for more than one year.

Our thought also goes to migrants’ young children born overseas. Many of them have still not been able to reunite with one of their parents, with the consequence of having lived the first and more crucial moments of their life without their mum or dad.

The circumstances of some of these migrants can be considered a humanitarian emergency. Some of them have been living for months without the vicinity and the comfort of their family, which is the most important social group for everyone, but especially for migrants, who often have a minimal social network outside of their household.

The right of every individual to maintain family relationships is not only a fundamental principle of natural law, but it is also a principle codified by important international covenants of which New Zealand is a signatory.[1].

We accept that it is a privilege of each individual state to determine who can access its territory, but we do not see why this power could not be managed in a way that is more in line with the human rights of the individuals who consider New Zealand their home, and their families.

We have often witnessed travel exception applicants being refused entry in the country because not exactly meeting one of the category’s requirements, even when a purposive interpretation of the relative immigration instructions would have assessed the applicants as worthy of the exception.

Looking at the news in the media and according to our experience, the category where the most erratic and inconsistent responses have been received from INZ seems to be the Partner of a New Zealander category. This category’s requirements are mainly being the Partner of a New Zealand resident or citizen and travelling with the partner. The category waives the latter requirement for visa waiver countries whose citizens can travel without their New Zealand partner when approved for the exception.

However, the travel exception seems to be very hard to obtain for partners who have not been previously recognised by INZ, especially if they come from non-visa waiver countries.

We believe that, in adherence to general humanitarian principles, INZ should either formulate the exception more clearly or assess these types of application more thoroughly.

A more transparent formulation of the relative instructions could, for example, limit its application to people who have previously been recognised as partners in a previous immigration application. This would give more reliable guidelines to New Zealand residents and citizens who are currently venturing into expensive and dangerous travels on the other side of the world to retrieve their partners. The results of these brave and costly attempts to reunite with their partners are too often the decline of the travel exception request, even when their partnership is obviously genuine and stable and they have lived together in the past.

Alternatively, it is our opinion that the assessment of these types of travel exceptions should be assigned to INZ branches more specialised in partnership verifications and more prone to a careful and holistic evaluation of the applicants’ circumstances.

Since the border was closed more than one year ago, the request of these types of exceptions by partners who currently do not live together is to be expected; after all the partners’ separation is the issue that the travel exception is aimed to fix. Therefore, these applications should be assessed considering the applicants’ overall circumstances and paying particular attention to the evidence in support of the partners’ relationship being genuine and stable, the reasons why the partners are not currently living together, and their efforts in place to be together.

Keeping the current instructions as they are while giving inconsistent responses to the category applications depending on factors not explicitly indicated in them could otherwise be perceived as arbitrary and unfair.

[1] The International Covenant on Civil and Political Rights (ICCPR), Article 23(1) states: “The family is the natural and fundamental group unit of society and is entitled to protection by society and the State”.

Settling into a new country is a unique experience. Intertwined with the hope for a better life, migrants come to New Zealand for countless reasons

When will the NZ Border open?

On 19th March 2020, prime minister Jacinda Ardern announced border restrictions for all non-citizens or permanent residents in response to the outbreak of COVID-19 (COVID).

Canada v New Zealand. Which is easier to migrate to?

A comparison between Canadian and New Zealand immigration policiesby Shiv Deepak, Licensed Immigration Adviser (NZ) Today, I would like to share with you some differences between